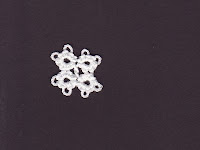 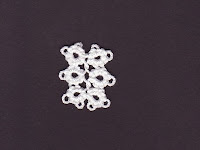 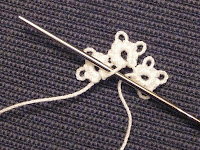 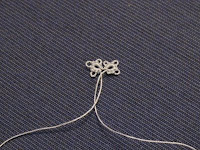 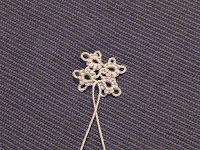 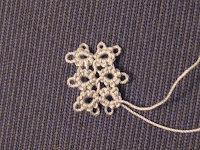 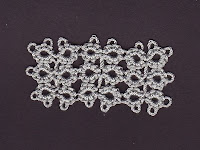 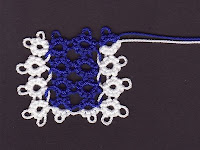 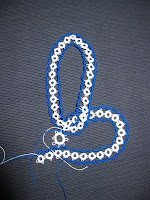 English summary
I have made some minor alterations and added some videos on my tatting site (click on the links in the left coloumn of that page). All in Norwegian at the moment - sorry.
Lagt inn av AnneB kl 18:24 1 comment: 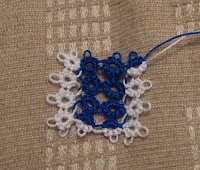 English summary
I have a new camera!

And the image is of a test of one of the patterns for todays lesson in the Online tatting class.
Lagt inn av AnneB kl 20:24 No comments: